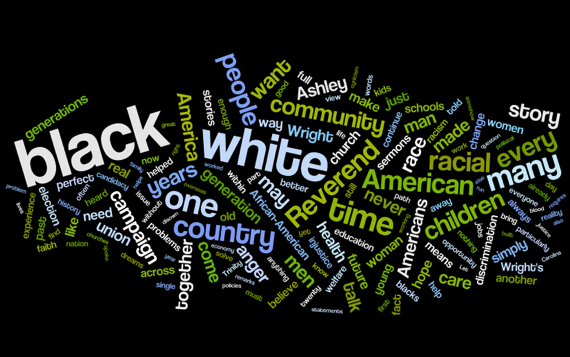 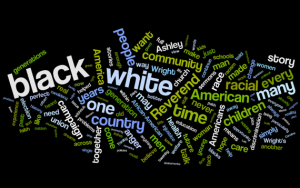 I am an African-American man. No revelation here if you were to see me on the street. However, that social construct is a pandora’s box in the context of the United States of America.

By birth I was born in North America to parents who’s designation was likewise African-American or colored or black. My parents-parents were born with the designation of colored, or black. The only problem is that my great-grandmother on my mother’s side of the family was not black, or a descendent of Africa she was Native American – Cherokee to be more exact. My grand-mother on my father’s side had a parent that was of European descent. So what am I then???

Historically my descendants are from African it is believed by way of chattel slavery. However, I have no scientific proof of such and only an oral history to go by. America belonged to the natives who were here before European settler’s ventured here to set up their new republic. In essence I’m not really American either.

So if I am not really African and not really American my only safe designation by nature is my sexuality of being male. There is no confusion here thanks to divine creation.

With all of that said, I choose to accept (and I use that loosely) the social construct of African-American man. With this choice my life in a country beloved by immigrants who risk life and death to get here is seldom valued, celebrated and is daily an apparent threat to some who struggle with my being here. In other words, my world is adversely affected by a social cancer called racism.

I desire to live a life of prosperity and longevity that was granted to all citizens of this country by the Constitution of the United States of America. Although Africans were seen as property at the time of the writing of this document by those in power, their perception and opinion in no way altered our God-given designation as humans and not property. So though the founding fathers may not have thought Africans were included in their minds at that time, what they wrote was de facto inclusive of all people on this continent who were here as residents or immigrants (i.e. Natives and slaves included).

What they wrote gives impetus to the struggle for social justice for African-Americans in particular and all Americans in general. My desire in this life is to see a more perfect union where African-Americans are truly free and able to live according to the words of the Declaration of Independence,


“We hold these truths to be self-evident, that all men are created equal, that they are endowed by their Creator with certain unalienable Rights, that among these are Life, Liberty and the pursuit of Happiness.”

What the founders of this great country penned encourages and inspires me to go after the very tenants they sought out when coming to North American – freedom and independence. My desire in this life is to see a more perfect union where African Americans are truly free and able to live according to the word of the Declaration of Independence.

The Constitution of the United States says,


“We the People of the United States, in Order to form a more perfect Union, establish Justice, insure domestic Tranquility, provide for the common defence, promote the general Welfare, and secure the Blessings of Liberty to ourselves and our Posterity . . .”

I want to encourage people to embrace the true essence of freedom written about and etched in the history of the United States of America’s foundational documents. I want to speak for the voiceless, fight for the helpless and live in that visionary utopia the founders of this country saw as a “more perfect union.”

I believe faith, education, social justice and economic opportunity are tantamount to life, liberty and the pursuit of happiness. So I will write to agitate, analyze and speak for justice. I will write to educate, critique and evaluate the journey necessary for African-Americans to become the great people God has ordained us to be. I will speak on behalf of my community and to my community to instigate accountability and responsibility.

What’s the next step?

If you can envision a country where all people are respected, regarded and valued for their unique contributions to the melting pot of America. If you believe the American Dream is only as wonderful as the people who form the union of America live together in harmony and strive together to make this country a great place of peace and prosperity. If you understand that none of us are great unless all of us are great as a unified people under one republic. Then journey with me as we make our voices heard and our country a democratic republic that embraces oneness and unity above rugged individualism and separatism. Love always wins over hate and unity never fails against division. Let’s build a “more perfect union” by reaching out to others and respecting our differences rather than demonizing them.